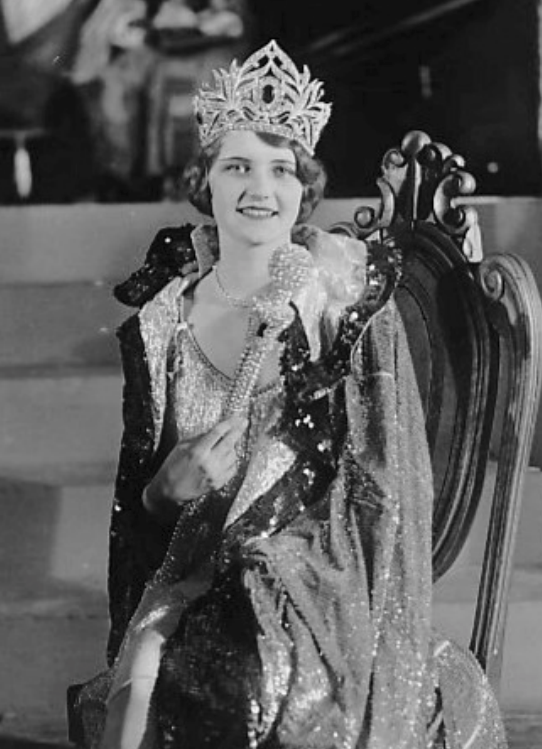 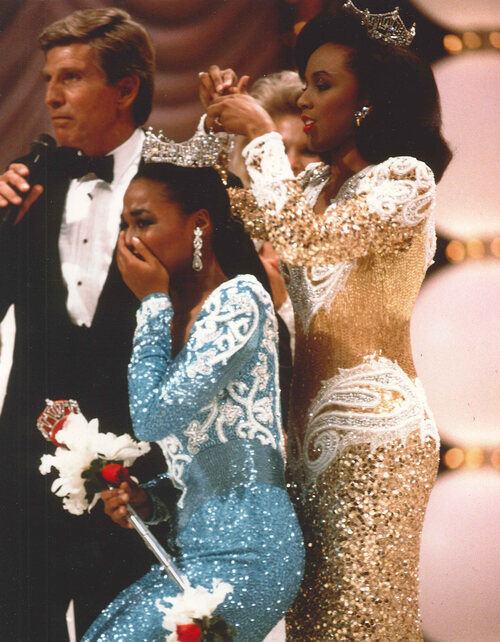 MISS ILLINOIS 1990 | MISS AMERICA 1991
Majorie Vincent-Tripp was the 4th African-American to be crowned the title of Miss America.

Vincent’s parents, Lucien and Florence Vincent of Cap-Haïtien, Haiti migrated to the United States in the early 1960s; Marjorie was the first of their children to be born in the United States. She grew up in Oak Park, Illinois, attending Catholic school and taking ballet and piano lessons. Vincent entered DePaul
University as a music major, switching to business in junior year and graduating in 1988.

After two unsuccessful pageant tries, she won Miss Illinois. At the Miss America pageant, she performed the Fantaisie-Impromptu (Op. posth.66) by Chopin. Vincent, who already had two years in law school at Duke University before becoming Miss America, changed her goal from international law to television journalism, becoming a news anchor at WGBC in Meridian, Mississippi in October 1993. She later worked at WHOI in Peoria, Illinois, and the Ohio News Network in Columbus, Ohio, for the next six-plus years.

In 2008, Vincent began work to complete her law degree at Florida Coastal School of Law in Jacksonville, Florida. She is currently the Assistant Attorney General for the state of Florida.

MISS ILLINOIS 1968 | MISS AMERICA 1969
In 1968 she won the title of Miss Boone County, held at the Boone County Fairgrounds.

Still a talented athlete today, Judi was a worldclass trampolinist, having competed on both the national and international levels when she entered the Miss America Pageant as Miss Illinois. Her trampoline exhibition in the talent competition helped win her the title and helped change the image of women athletes.

She used her Miss America scholarship to obtain her B.S. degree in physical education from the University of Illinois. She served as a member of the President’s Council on Physical Fitness and Sports for eight years, having been appointed by Presidents Nixon and Ford.

After working for a number of years for various companies and organizations as their national spokesperson, she taught elementary school physical education and coached the high school girls’ golf team for 18 years. She also coached middle school basketball and track during her teaching tenure.

Now retired, in her spare time she enjoys playing golf, rooting for the Fighting Illini, and spending time with family and friends. 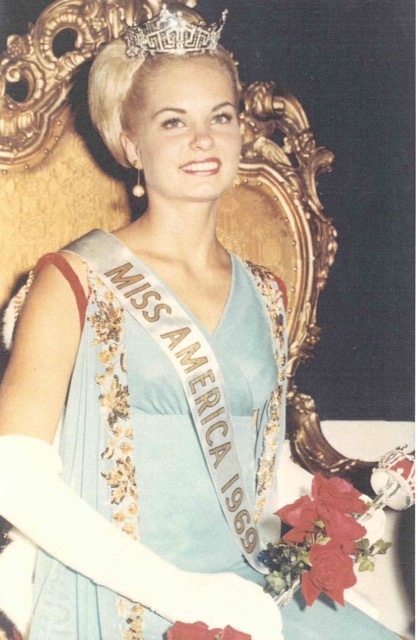 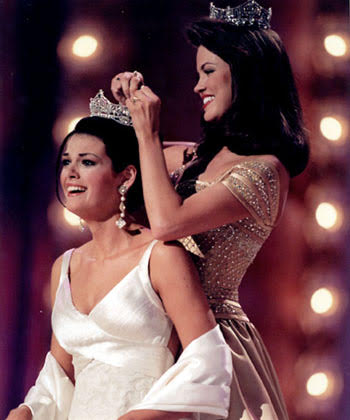 MISS ILLINOIS 1997 | MISS AMERICA 1998
During her studies at Northwestern University, Shindle earned the title of Miss America 1998, effectively using her position to advocate for HIV prevention and education. She was a panelist and moderator at the National Press Club, and was praised foe “shattering every ugly stereotype about Miss America.” She remains a dedicated AIDS activist and has been a vocal supporter of marriage equality and anti-discrimination laws for the LGBTQ community.

Kate has been in four feature films and six Broadway shows, and has made numerous television appearances.

In May of 2015, Kate was elected President of Actors’ Equity Association. She is the youngest member ever to hold the highest ranking position on Equity’s governing National Council and the third woman in Equity’s history elected to the office.

Her analysis of both the personal and academic experience as Miss America, “Being Miss America: Behind the Rhinestone Curtain”, was published in 2014.

Kate now lives in the East Harlem neighborhood of New York City with her two cats, Howark Roark and Vivvie.

MISS ILLINOIS 2002 | MISS AMERICA 2003
Erika Harold was born and raised in Urbana, IL and is a Phi Beta Kappa graduate of the University of Illinois. During her year, she promoted her platform, “Preventing Youth Violence and Bullying: Protect Yourself, Respect Yourself.” Having been bullied and subjected to racist remarks growing up, the platform was a very personal choice for Harold.

Erika used the scholarship money she won as Miss America to pay for her legal education at Harvard Law School.

Erika currently is a litigation attorney at Meyer Capel, P.C. in Champaign, where she handles complex commercial and civil litigation matters. Harold is a two-time Republican candidate for the 13th Congressional District seat in the state of Illinois. She serves on the Illinois Supreme Court Committee on Equality and is a commissioner on the Illinois Supreme Court Commission on Professionalism. 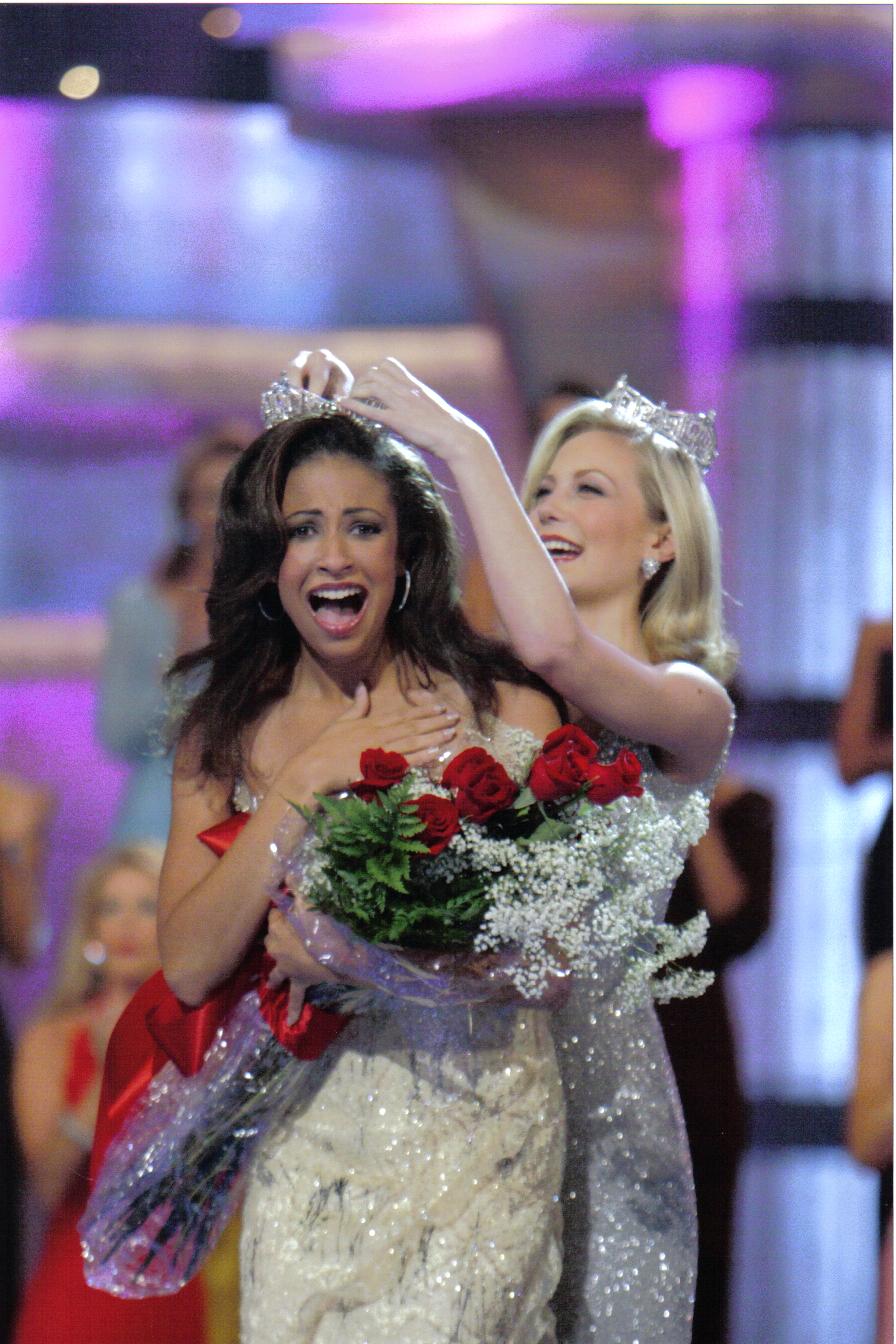 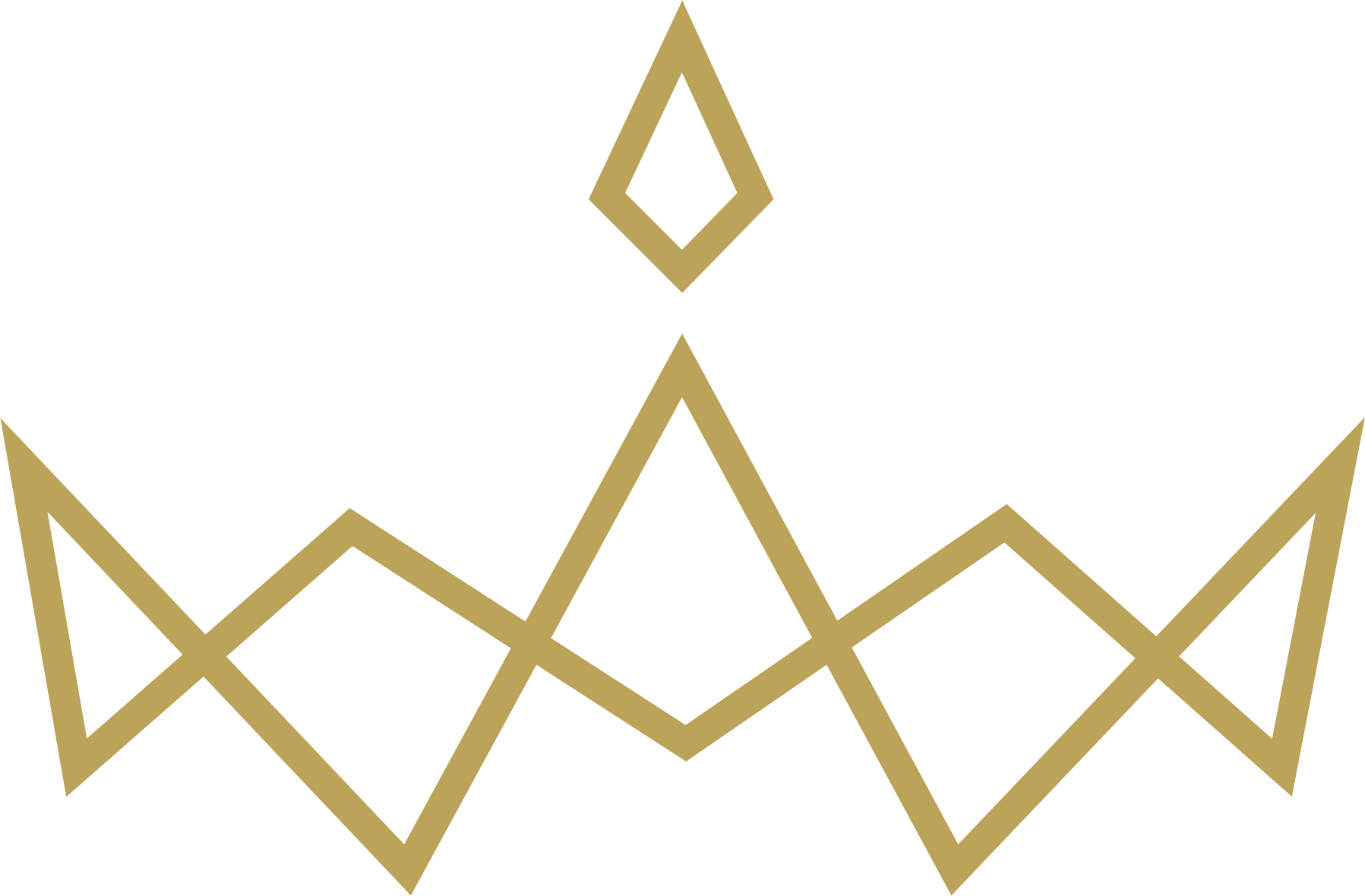